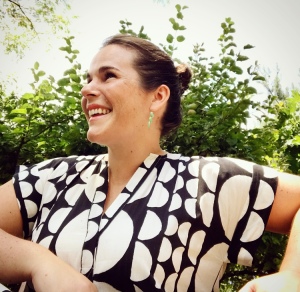 Kristin Griffin writes fiction and freelances as a food writer. Her short stories have appeared in places like Joyland and Bodega magazines, and she’s published food writing in Serious Eats, Paste Magazine, and Portland Monthly, among other publications. She is a two-time Pushcart Prize nominee.

Before making the switch to writing, Kristin worked in editorial at America’s Test Kitchen and Da Capo Lifelong Press, where she edited cookbooks. She’s received awards and recognition from the Key West Literary Seminar and the Summer Literary Seminars and was the inaugural recipient of the food-writer-in-residence scholarship at the Noepe Center for Literary Arts on Martha’s Vineyard.

She holds an MFA in fiction from Purdue and a BA in English from Connecticut College. Currently, she teaches writing at Oregon State University.